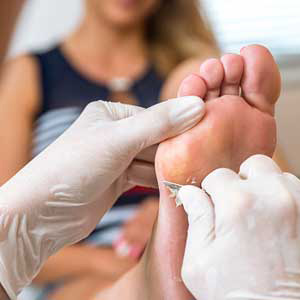 If you live in the Huntington area and suffer from warts, there is professional treatment available. While there is no cure for the Human Papillomavirus (HPV) that causes warts, there are ways to remove them. Now, you may be wondering, “Is wart removal expensive?” The answer is, the cost of wart removal depends on the size and number of warts, as well as the type of treatment. The good news is that most insurance companies cover wart treatments from a doctor. It is important for you to check with your insurance company prior to receiving any type of wart treatment.

Warts are small, benign growths that appear most commonly on the hands and feet. Warts can vary in shape and size, some looking flat and smooth, while others are dome shaped or cauliflower-like. Warts occur in people of all ages and can be spread to others, as well as other body parts.

Warts are characterized by where they appear and include:

Filiform warts – Appear most often around the face, specifically the eyelids, lips, or neck area. Usually flesh-colored and stalk-shaped.

Plane warts – Appear most often on the face and forehead. Usually white or flesh-colored and slightly raised.

Genital Warts – Appear most often around the pubic area and genitals. Usually begin small and soft but can grow in clusters and become large.

Plantar Warts – Appear most often on the soles of the feet. Usually appear with small black specks and are cauliflower-shaped.

Subungual warts – Appear most often around the fingernails and toenails. Usually begin as pin-sized bumps but can grow as large as pea-sized.

Treatment for warts can vary. If over-the-counter methods do not work after trying for one to three months, the wart can be treated by a dermatologist through the following methods:

Back to Warts Page 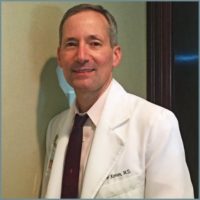 Dr. Roger Koreen has dedicated nearly three decades to delivering a full range of dermatology services to over 90,000 patients. He received his medical training at Mount Sinai School of Medicine before going on to complete his residency at the world-renowned Johns Hopkins Medical Institute. As a member of the American Academy of Dermatology, the American Society for Laser Medicine and Surgery, as well as the American Society for Dermatologic Surgery, Dr. Koreen is committed to continuing education and training. In addition to his practice, Dr. Koreen is also a staff member at Huntington Hospital.

After 6 years of jumping around to about 10 different dermatologist, Dr. Koreen was the only one who was able to diagnosed and cure my skin issue. The time he puts into your visit shows his high level of Read Full Review professional care and concern to help you as a patient. He returns your calls immediately to answer any questions you have. I highly recommend Dr. Koreen!
Originally Posted On

Unfortunately I've been going to see dermatologists for 25 years now. The last 5 and best have been under Dr Koreen care. He's fantastic at what he does, his staff is top notch and friendly, I recommend him highly
Originally Posted On

My wife and I went into Dr. Roger Koreen's office to get our skin checked and a few problem areas treated. We did not have any skin doctor and others we tried had appointments that were over 6 months away. We were pleased to get Read Full Review an appointment not too far in advance. When we got there the office was pleasant and the people nice. Dr Koreen was very friendly and took his time in caring for us. Later, I came back for further treatment and again it was a pleasant experience. I thanked him for his knowledge and ability to help me out. Thanks Dr. Koreen!
Originally Posted On